On a very smokey day in Sydney caused by the tragic bushfires happening all around us… with temperatures soaring and the bush burning, the Human Sound Project quietly gathered with a crew from Greenpeace Australia Pacific in a building of Australian national significance, the Redfern Community Centre at The Block. It felt especially meaningful being there given it’s symbolism as an Indigenous Australian cultural centre.

We share in this video the inspiring words of David Ritter, CEO of Greenpeace Australia Pacific during our songwriting workshop. This was perhaps the most inspiring call to song we have ever had before a final performance. Thank you so much David! 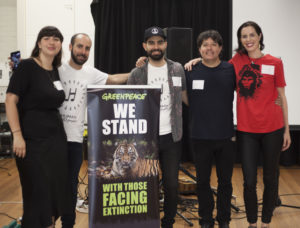 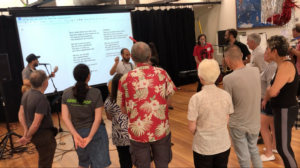 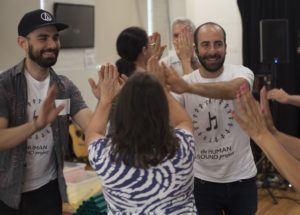 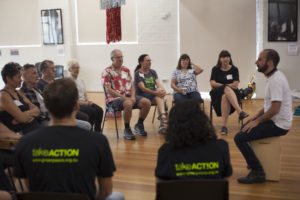